Vietnam has proved to be a proactive and responsible member of the Association of Southeast Asian Nations (ASEAN) 25 years after joining the group, substantially contributing to uniting the bloc and addressing major regional challenges. 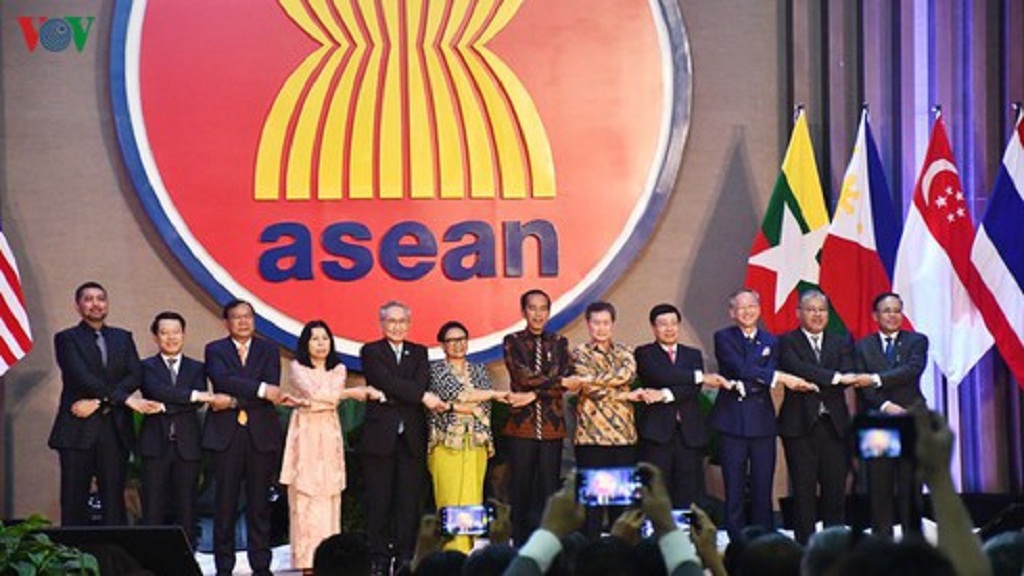 This year marks a significant year as the country takes on the rotating role of the group's chairman and marks 25 years since becoming a member. The past quarter of a century has seen Vietnam put forward and achieve many initiatives, including the ASEAN Defence Minister's Meeting Plus and the establishment of the ASEAN Commission on Promotion and Protection of the Rights of Women and Children. Back in 2010 when the country chaired ASEAN, it generated a regional consensus by calling on Russia and the United States to participate in the East Asia Summit.

In terms of its coordinating role, Vietnam has successfully connected, expanded, and deepened ties that exist between ASEAN and strategic partners such as China, the US, Russia, Japan, the Republic of Korea, the EU, Australia, and India. The country has also been active in implemented the overall roadmap to develop the ASEAN community, participating in drafting ASEAN integration initiatives which contribute to narrowing the development gap and supporting new members as they integrate into the region.

Assessing the Vietnamese role and contributions over the past 25 years, Ambassador Tran Duc Binh, Head of the Vietnamese delegation to ASEAN, believes the country has been a proactive and responsible member in all ASEAN activities.

"We have made important contributions to the development and growth of the ASEAN community," Binh says. "We are among the countries to have the highest rate in terms of implementation within the ASEAN community blueprint. Vietnam is increasingly participating in ASEAN's cooperation programmes, strengthening regional solidarity and unity in addition to strengthening the group's central role in maintaining cooperation, peace and stability in the region."

Most notably, last year Vietnam joined other ASEAN member states to take up a view on the Indo-Pacific, therefore helping to establish a common ASEAN position on the issue. They worked in close collaboration in order to complete negotiations on the Regional Comprehensive Economic Partnership Agreement (RCEP) which is expected to be signed this year.

At present, Vietnam stands alongside other ASEAN countries in seeking to speed up negotiations regarding the Code of Conduct in the East Sea with China, which have been delayed due to the global novel coronavirus (COVID-19) pandemic.

Taking on a leading role

This year has seen ASEAN be active in initiating a timely response to the COVID-19 pandemic. Following the initial success of the special ASEAN and ASEAN +3 Summits on responding to COVID-19, the 36th ASEAN Summit also took place online for the first time, with a focus placed on regional cooperation in tackling the impact of the pandemic. ASEAN leaders noted their great appreciation for the nation's leading role and dynamism through its capacity as the ASEAN Chairman in 2020.

"On the whole, ASEAN has come together and responded quickly to the pandemic, through the two special summits as well as the various measures undertaken collectively and specifically by the sectoral bodies," he says.

According to ASEAN Secretary-General Dato Lim Jock Hoi, the bloc's strong response can largely be attributable to Vietnam's leadership, especially in terms of promoting dialogue and cooperation through a series of online meetings. He therefore expressed his hope that ASEAN will be capable of fully overcoming the COVID-19 through unity, resilience, and efforts.

The recent 36th ASEAN Summit saw member states issue the ASEAN Leaders' Vision Statement on a Cohesive and Responsive ASEAN, becoming the lodestar for ASEAN in its development and integration path. Under Vietnamese leadership, regional countries shared their initial encouraging results in the fight against the COVID-19, while putting forward initiatives such as the establishment of the COVID-19 ASEAN Response Fund, the ASEAN Regional Reserve of Medical Supplies for Public Health Emergencies, and the ASEAN Standard Operating Procedures for Public Health Emergencies.

This year presents many challenges for Vietnam as it takes on the dual role of the ASEAN Chairman and non-permanent member of the United Nations Security Council. With regard to the theme of "A Cohesive and Responsive ASEAN", the country has competently undertaken its tasks in both a responsible and creative manner, greatly contributing to ASEAN's strong and sustainable development. In addition, it has also elevated the group's internal strength and bravery, working together in an effort to overcome difficulties under the country's leadership.