SEA Games 31 in Vietnam to feature all Olympic disciplines

The 31st Southeast Asian Games (SEA Games 31) promises to be completely different from the previous editions, and Vietnam will be a pioneer country in organising a SEA Games version with the largest number of Olympic sports thus far, a Vietnamese sport official said.

Vietnam's athletics team sweep a total of 16 gold medals at the 30th SEA Games in the Philippines, four clear of powerhouse Thailand.

Deputy Director of the General Department of Sports and Physical Training Tran Duc Phan made the affirmation during a recent meeting held in Hanoi to review the preparatory work for SEA Games 31, to be hosted in Vietnam next year.

According to Phan, Vietnam will include the all the Olympic events, including swimming, athletics and rowing, among others, in the competition programme for the 2021 SEA Games, alongside several traditional and strength sports of the host country, which, however, is a very small number.

Vietnam wishes to organise a SEA Games close to the Olympic or Asian Games programmes, which means maintaining the number of disciplines as in the Olympics or Asian Games, thus creating more opportunities to battle it out for gold medals for all the participating teams, not just for the host delegation, he said.

The biggest goal for Vietnam is to ensure the harmony of disciplines between participating delegations, towards creating a fair playing field and leaving a beautiful image regarding Vietnam's organisation work, the official stated.

He asked departments to register and design disciplines for SEA Games 31 under the Olympic competition content, building plans for the appropriate selection and training of athletes.

The Prime Minister's Decision No. 1616/QD-TTg has also clearly determined that the Olympic and Asian Games sports will account for two-thirds of the total number of events at SEA Games 31, Phan said, stating that other countries in the region can propose some other events as usual.

This is the right direction that could evaluate the development trend of regional sport as well as the foundation of Vietnamese sport, he affirmed.

To ensure the preparation roadmap for SEA Games 31, Phan requested departments to promptly review the disciplines in each sport and closely follow the guidelines of the organising committee to propose an appropriate organisation plan for the Games, before submitting it to the PM for approval. 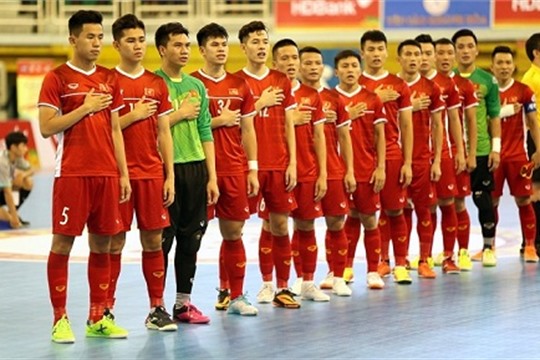