On August 26, the Politburo, Secretariat worked with Ninh Binh Party Committees to contribute ideas on draft documents and personnel work before it carry out Party Congresses, term 2020-2025. 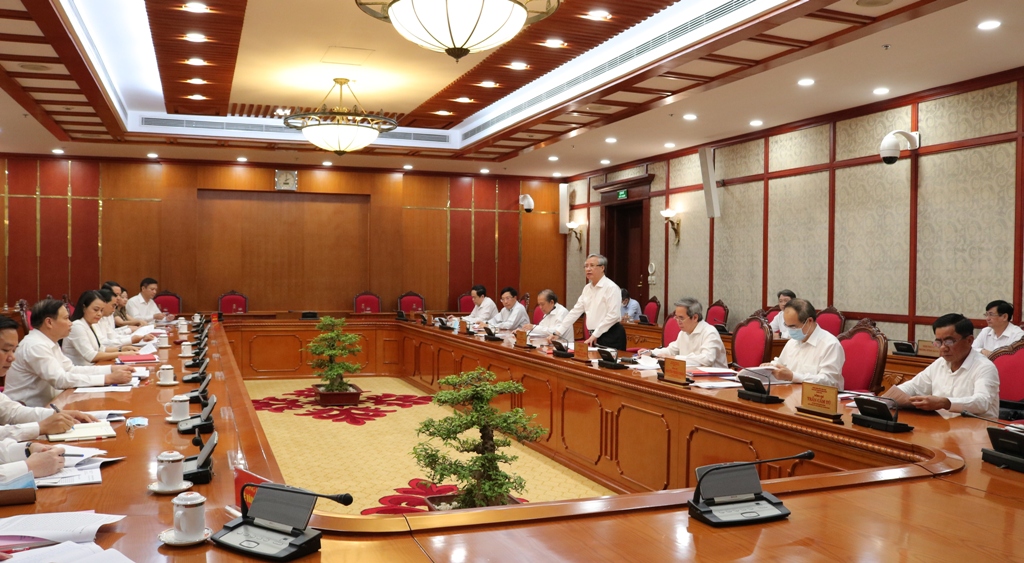 At the working session.

Mr Tran Quoc Vuong, Politburo member and standing member of the Party Central Committee (PCC) Secretariat chaired the working session. Attending the working session were representatives from the PCC Commissions, the Office of the PCC and some ministries and agencies also attended the meetings.

During the meeting, Politburo and Secretariat members contributed ideas to the Ninh Binh Party Committees' draft documents to its 22th Party Congresses.

They also contributed ideas to the preparations of personnel work, the quantities of Executive and Standing Boards, the standard of personnel, especially in terms of age, female personnel and re-elected personnel.

Speaking at the meeting, Mr Tran Quoc Vuong also praised Ninh Binh province's efforts in making good socio-economic development achievements in difficulties, especially its high average economic growth rate of 8.5% per year; industry - construction hit over 49%, service (42.5%)  and the agriculture-forestry-aquaculture increases to 8.5%. Besides, rapid development has been reported in the province's key industries such as tourism and hi-tech agriculture. Meanwhile, adequate attention has been paid to poverty reduction, education, healthcare, security and defence.

After the meeting, based on the contributions, Ninh Binh will continue to complete the draft documents and personnel work for preparing the organization of the Party Congresses term 2020-2025.