Prime Minister Nguyen Xuan Phuc has asked for more measures to boost investment, exports, and consumption in order to achieve the highest growth possible in 2020 at a national teleconference between the Government and localities on July 2. 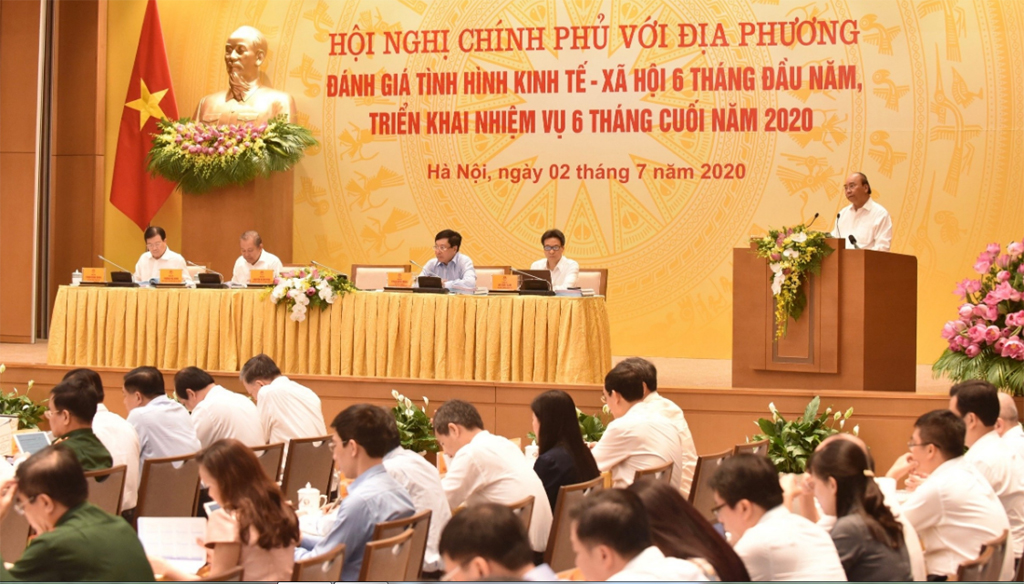 He said that no community transmission of COVID-19 being reported in Vietnam for more than two months is a great success for the country, Party, State, and political system, earning plaudits from both the public and the international community.

However, he noted, the pandemic has had a huge impact on socio-economic matters, presenting an urgent requirement for economic recovery with the motto of taking full advantage of all opportunities when the disease is brought under control.

Due to the impact of the disease, the country's GDP growth in the second quarter hit a 30-year low of 0.36 percent, part of a first-half figure of 1.81 percent. Twelve out of the country's 63 cities and provinces posted negative growth.

The PM, therefore, stressed the importance of fighting the disease while at the same time taking action to foster economic growth.

It is necessary to carry out fiscal and monetary policies flexibly to ensure growth, for the general interest of the economy and for employment and incomes, he added.

Emphasising low public disbursement in the first half, he said that if any locality or sector cannot disburse public investment on schedule, he has the right to transfer the capital to another.

The effective disbursement of VND700 trillion (US$30.36 billion) worth of public investment will serve as a short-term stimulus and will drive growth over the remaining months of 2020 and the opening months of 2021, he said.

The PM also stressed the necessity for more measures to expand markets and promote domestic consumption and for greater attention to be paid to perfecting laws, cutting administrative procedures, and developing the night-time, digital and urban economies, amongst others.