Secretary General of the National Assembly (NA) and Head of the NA Office Nguyen Hanh Phuc proposed the 10th session of the 14th legislature be held over the course of 18 days in both teleconference and in-person forms, while addressing the NA Standing Committee's 46th session on July 14. 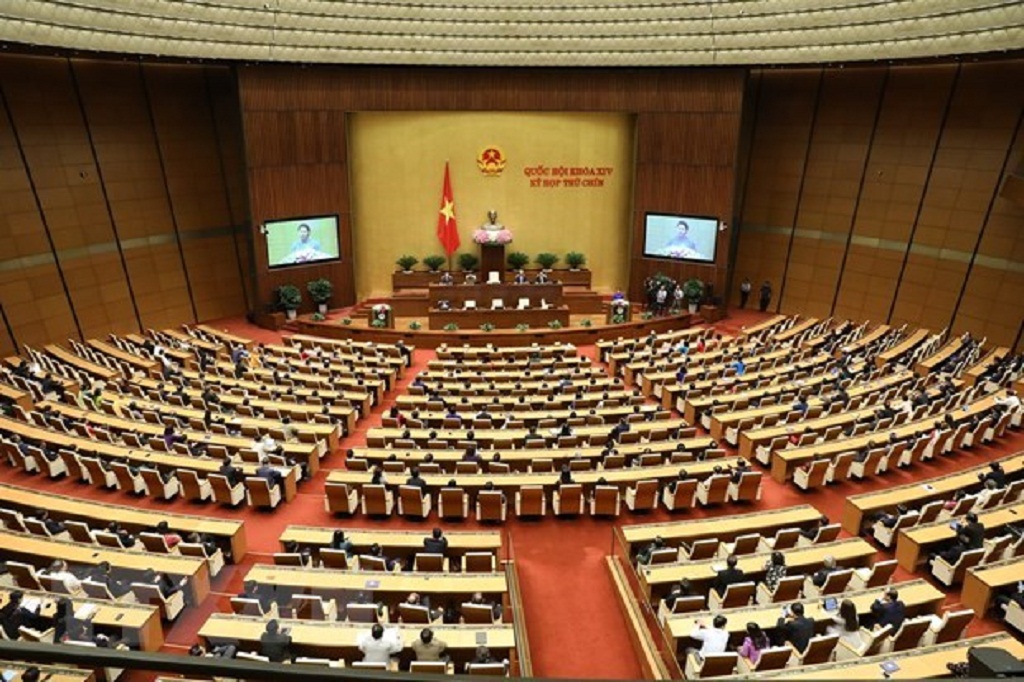 Overview of the closing session of the NA's ninth session.

Phuc suggested that the first stage be held online over nine days, from October 19 to October 28, with lawmakers then meeting for another nine days from November 3 to 12.

He said Q&A sessions should be organised over three days during the first stage to give relevant agencies time to prepare a resolution regarding the sessions before submitting it to the NA for approval in the second stage.

However, the heads of several NA committees proposed holding Q&A sessions in the second stage to help heat up the 10th session's agenda.

Regarding the outcomes of the ninth session - the first to be held in both teleconference and in-person forms due to COVID-19 - Phuc said it was a success, with the entire agenda completed and ten laws and 21 resolutions adopted.