A conference was held in the northern mountainous city of Lao Cai on July 13 to boost tourism cooperation between Lao Cai province and Ninh Binh province, also in the north. 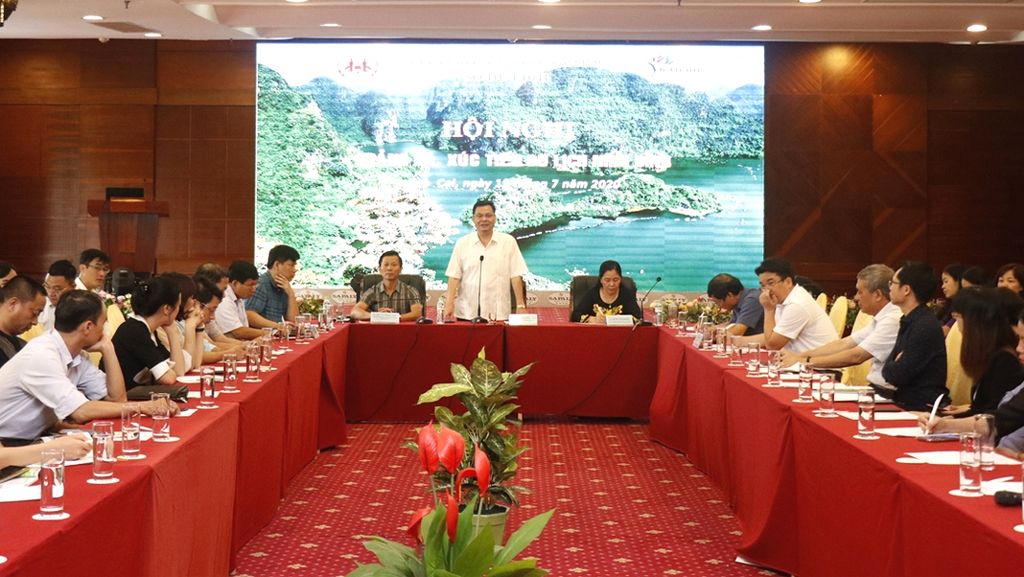 Dubbed the "Ha Long Bay on land" with nearly 100 spectacular caves, the Trang An Landscape Complex is the first mixed heritage of Vietnam that was recognised by UNESCO for meeting both natural and cultural criteria.

Ninety companies were in attendance and questions were asked on how to spur tourism development in the two localities, especially as regards incentives to attract tourists and help with the recovery of the tourism sector post-COVID-19.

Specialties and tourism products in the two provinces were also introduced.

Pham Duy Phong, Director of Ninh Binh's tourism promotion information centre, said its tourism sector was hit hard by the pandemic and will adopt solutions to recover and attract holiday-makers, adding that more than 40 businesses have registered to reduce their prices.

The conference was also a chance to promote Ninh Binh and its tourism and people among other provinces in the north.

Ninh Binh is home to the Trang An Landscape Complex, which was recognised by UNESCO as a mixed cultural and natural heritage - the first of its kind in Southeast Asia. The complex was also used as a location for the movie 'Kong: Skull Island', one of the biggest Hollywood blockbusters of 2017.

Host of the 2020 National Tourism Year, Ninh Binh plans to welcome some 7.8 million tourists this year, including approximately a million foreigners.

It welcomed 7.6 million visitors in 2019, a year-on-year increase of 3 percent. They included 970,000 foreign holidaymakers, up 10.7 percent, according to the provincial Department of Tourism.

Both were named in a list of the 14 most attractive destinations in Asia by the US's Trips to Discover.