The 2020 Women's National Football Cup officially kick-started at the Vietnam Youth Football Training Centre in Hanoi on July 12, with the first three clashes. 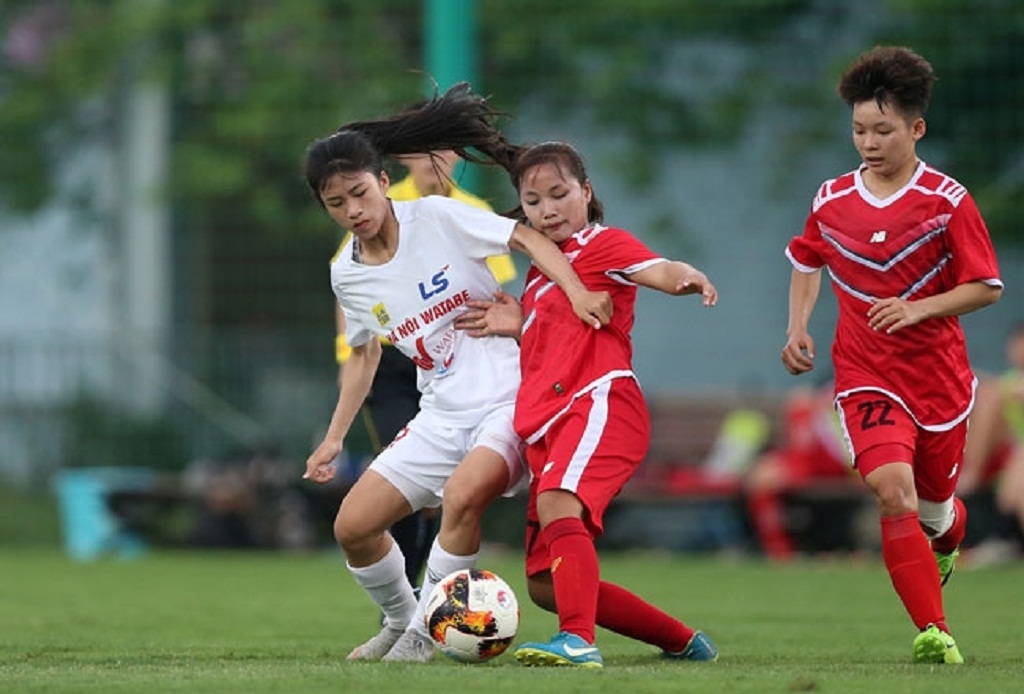 Hanoi I Watabe (in white) thrash Apec Son La with seven unanswered goals in their Group A opener.

Speaking prior to the tournament, General Secretary of the Vietnam Football Federation (VFF) Le Hoai Anh stated that with the FIFA Women's World Cup expanding the number of participants, the VFF continues to target Vietnamese women's football securing a place in the 2023 World Cup.

To realise that goal, it requires joint efforts from all members of the Vietnamese football house, Anh said, asking teams to effectively participate in the National Cup, contributing to the selection of forces for the national team.

The next matchday of the tournament is scheduled for July 15.

The tournament is taking place from July 12 to 25, with the seven teams drawn into one group of three and one group of four teams. Group A consists of Hanoi I Watabe, Phong Phu Ha Nam and Apec Son La, while Group B features the remaining four.

The teams are playing in a round robin format, with the two group leaders qualifying for the title decider.