The Ministry of Health reported nine new COVID-19 cases, including eight in Da Nang and one in Ha Noi, on July 30. 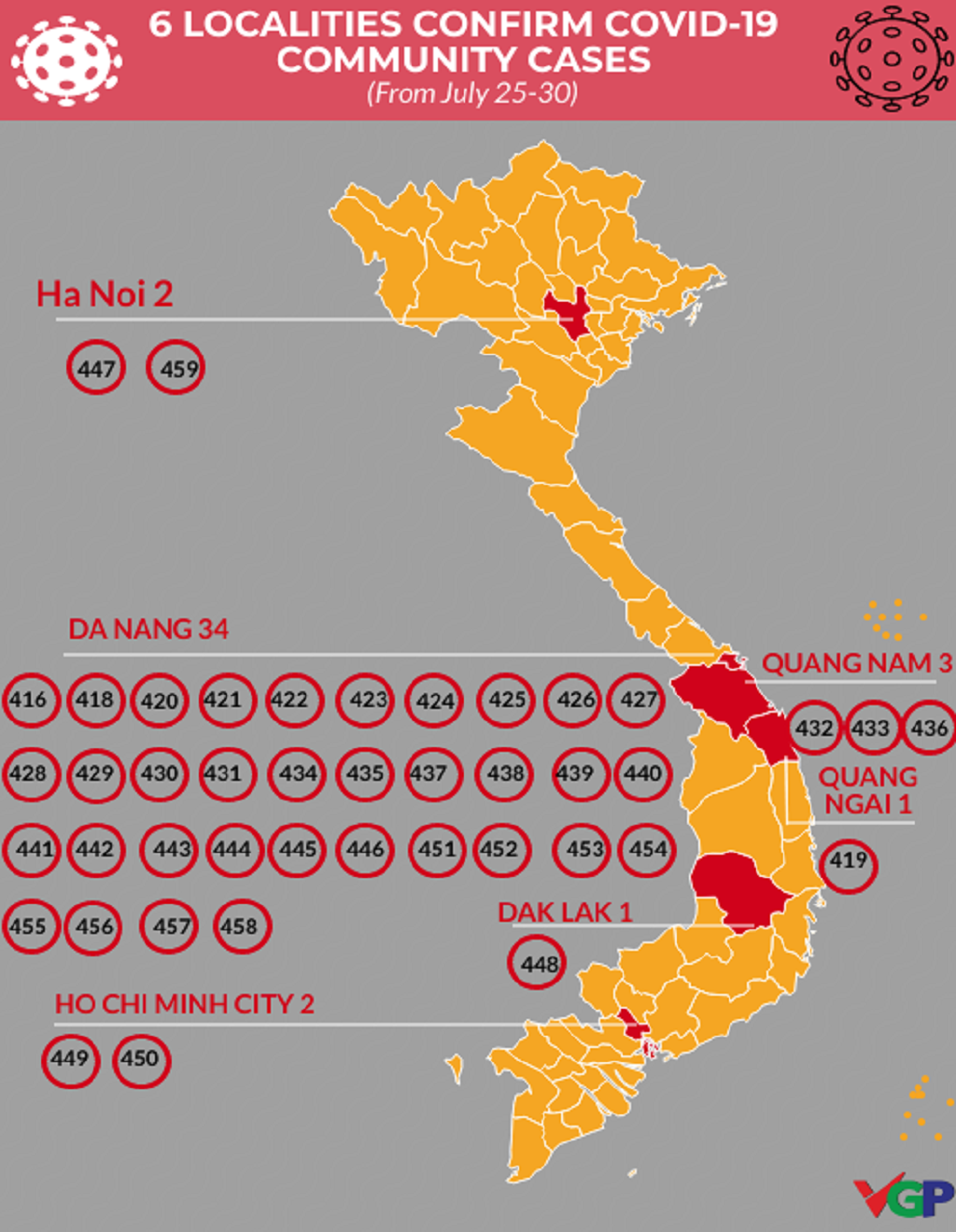 The new cases have brought the number of locally transmitted cases to 43 since July 25 when the pandemic resurfaced in the community.

So far, Viet Nam confirmed 459 positive cases including 276 imported ones which were quarantined upon arrival.

Of these, Da Nang has detected 34 cases, while others have been reported in nearby Quang Nam and Quang Ngai Provinces, the Central Highlands Dak Lak Province, Ha Noi, and HCMC. Da Nang Hospital alone is now related to at least 28 patients.

Specifically, Patient 451 is a 36-year-old woman who is also a nurse at Da Nang Hospital in the city.

Patient 453 is a 56-year-old woman who is a patient at the hospital.

Patient 454 is a 65-year-old woman who is a family member taking care of a patient there.

Patient 455 is a 32-year-old woman who is a patient at the hospital.

Patient 459 is a 76-year-old man from Tay Ho district, Ha Noi. He traveled to Da Nang around three weeks ago. On July 21, he came to the Da Nang Hospital C for a health check for having fast heart beats. Four days later, he returned to Ha Noi. On Wednesday, his samples were taken following a mass testing applied to all people who have visited Da Nang. The test turned out positive.