The Programme and External Relations Commission (PX) of the 209th UNESCO Executive Board on July 7 approved the Global Geoparks Council's proposal to recognize Vietnam's Dak Nong Geopark as a Global Geopark, the third of its kind in the country 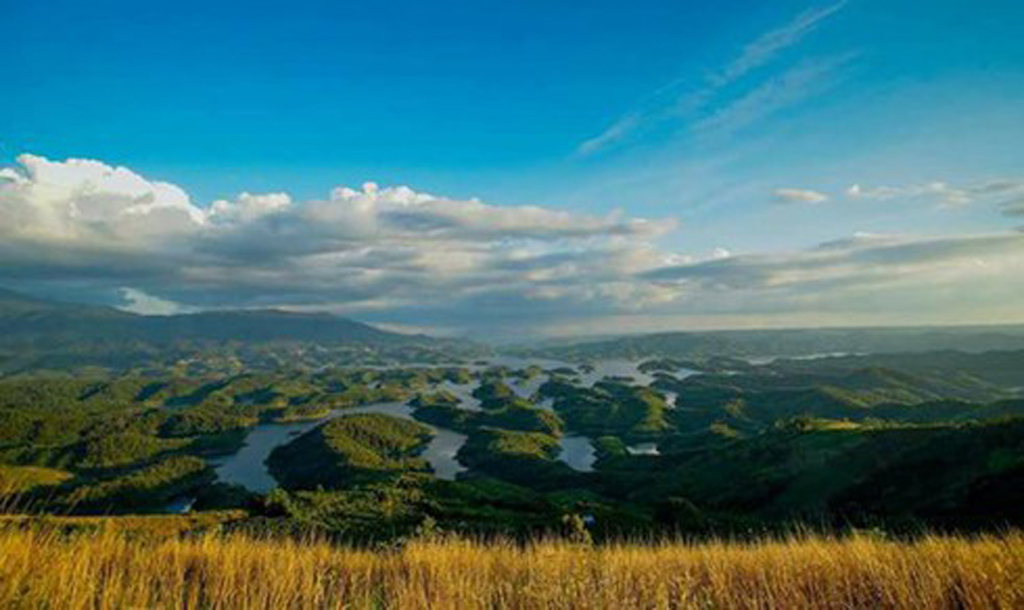 Located on the M'Nong plateau at average elevation of 600-700m asl, with the highest point being Ta Dung at 1,982m asl, Dak Nong Geopark - the Land of Sounds - covers an area of c.4,760km2 of the northern districts of Dak Nong province in Vietnam's Central Highlands.

The Geopark can be reached by several routes by land and air, including 2 international border gates with Cambodia. Characterized by sub-equatorial tropical monsoon and plateau climate, the area features an evenly distributed network of rivers, streams, lakes and reservoirs. A population of c.416,000 people of 40 ethnic groups, including 3 autochthonous, live in the area, occupied mostly in agro-forestry, trade and services, and small industries.

Many archaeological, historical and cultural relics as well as scenic spots are recognized and conserved. Many festivals and traditions celebrated by ethnic cultures, in particular the UNESCO "Gong Culture Space" intangible heritage (including the man's oldest lithophone) also contribute to the values of the Geopark.

According to the UNESCO, Dak Nong Geopark is distinctive in terms of geological features and geoheritage value. Being a piece of the Gondwana ancient supercontinent, from about 200-165 Ma ago it was deeply submerged into a passive continent marginal sea, very rich in ammonite and bivalve fossils. This continental margin later, during 145-66 Ma ago became active due to plate collision, with red-bed sediments, eruptive andesite-dacite-rhyolite and intrusive gabbro-diorite-granodiorite-granite rocks.

During the last 16.5 Ma, the territory became active again with wide-spread, multi-phase volcanic activities, forming a basalt cover over more than 50% of the Geopark area. These have been the source of some of the world's largest and top quality bauxite deposits and a number of other minerals (sapphire, semi-precious stones etc.), and especially the fertile soils that have fed generations of local people with many industrial and fruit tree crops.

In particular, young volcanic activities about tens of thousands of years ago (Late Pleistocene-Holocene) have resulted in spectacular craters, majestic waterfalls and Southeast Asia's most extensive system of hundreds of magnificent volcanic caves, many of which have been used by prehistoric people as shelter since at least 6,000-10,000 years ago.

Following the UNESCO recognition, relevant agencies including the Vietnam National Commission for UNESCO, the Ministry of Natural Resources and Environment, the Dak Nong Provincial administration, as well as international experts will jointly map out plans on environmental protection, nature conservation, and rational use of resources in the park. They aim to preserve and maximize the value of geology, biodiversity, culture, history, as well as national tradition of Dak Nong Geopark.