The 48th session of the National Assembly (NA) Standing Committee opened in Hanoi on September 10 under the chair of NA Chairwoman Nguyen Thi Kim Ngan. 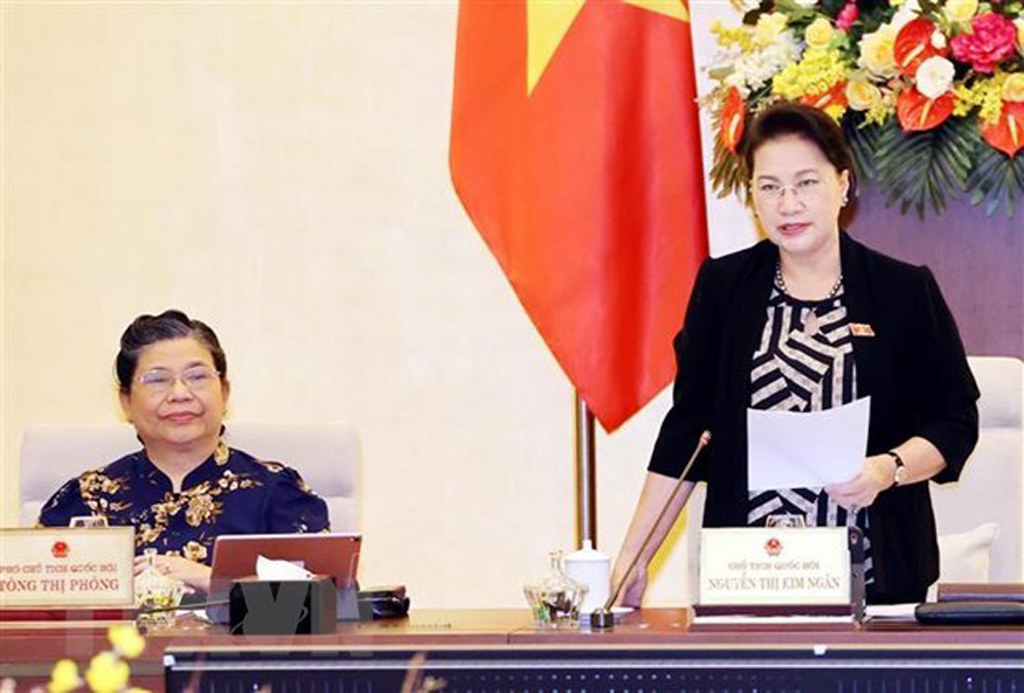 In her opening remarks, Ngan highlighted the huge workload of the meeting, expressing her hope that following the success of the 41st General Assembly of the ASEAN Inter-Parliamentary Assembly (AIPA-41), the session will come to fruition.

The legislators then heard a report on the outcome of AIPA-41 presented by head of the NA Committee for External Relations Nguyen Van Giau.

Giau said AIPA-41 completed its agenda during three days of working from September 8-10, with a total of 26 resolutions and a joint statement adopted.

At the end of the meeting, the Legislative Council of Brunei officially took over the AIPA presidency from Vietnam's NA.

Giau said the success of AIPA-41 has contributed to raising the position and prestige of the Vietnamese legislature and the country in general in the international arena.

Delegates to AIPA-41 appreciated Vietnam's thorough preparations for the meeting, he said, adding that the agenda matches the latest situation, especially solutions to COVID-19 response and post-pandemic economic recovery and the significance of consolidating regional peace, security and cooperation.

This was the first time the AIPA General Assembly had been held online, demonstrating the resolve and efforts of the Vietnamese NA as well as other AIPA member parliaments to overcome difficulties and consolidate their solidarity and cooperation, Giau said./.