The 47th meeting of the National Assembly (NA) Standing Committee opened in Hanoi on August 10. 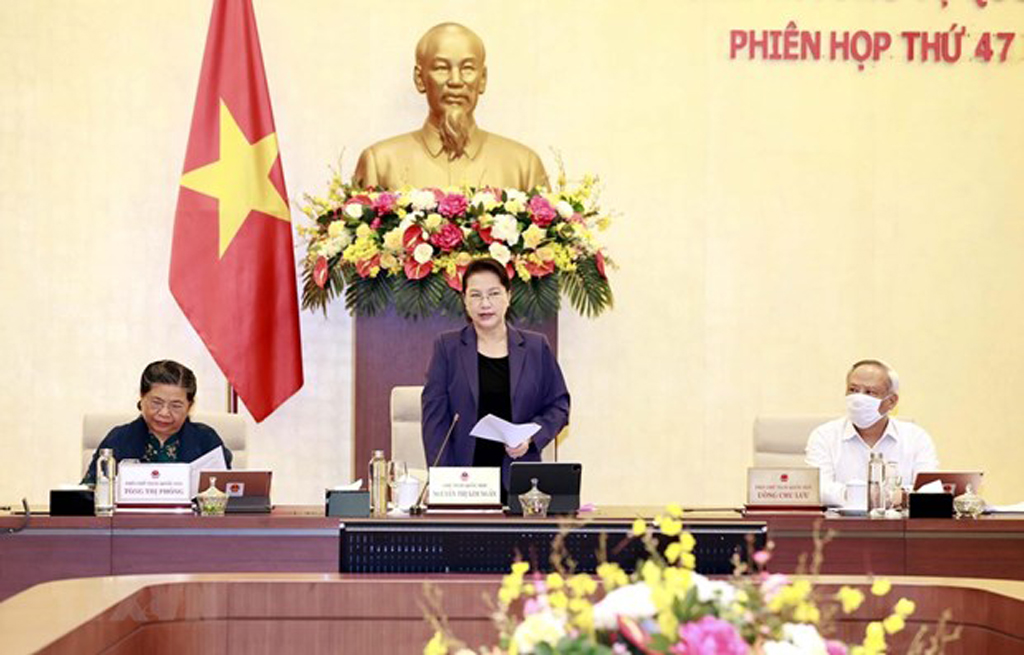 Opening the meeting, NA Chairwoman Nguyen Thi Kim Ngan said that, amid the new outbreak of COVID-19 in Vietnam, agencies and organisations must strive to adapt to the situation and complete all necessary tasks for the remainder of the year.

NA agencies should continue working closely together with relevant agencies and organisations to flexibly arrange work plans to ensure matters are submitted to the NA and NA Standing Committee for consideration, she said.

Members of the committee will give opinions on the issuance of a decree on the management and use of defence land for military production and economic development; a strategy for the development of State Audit to 2030; and a report on three years of implementing Resolution No 42/2017/QH14 on the pilot handling of bad debts of credit institutions.

Ngan said that since the COVID-19 pandemic broke out in the country, the Government has focused on controlling it and the NA Standing Committee has therefore decided to give more time to ministers to perform their regular and unscheduled tasks and will not question them.

They also debated a number of issues relating to the draft Law on amendments and supplementations to a number of articles in the Law on the Handling of Administrative Violations.