National Assembly Chairwoman Nguyen Thi Kim Ngan and Standing Vice Chairwoman Tong Thi Phong on September 7 attended a rehearsal for activities of the 41st General Assembly of the ASEAN Inter-Parliamentary Assembly (AIPA-41), which will be held online a day later. 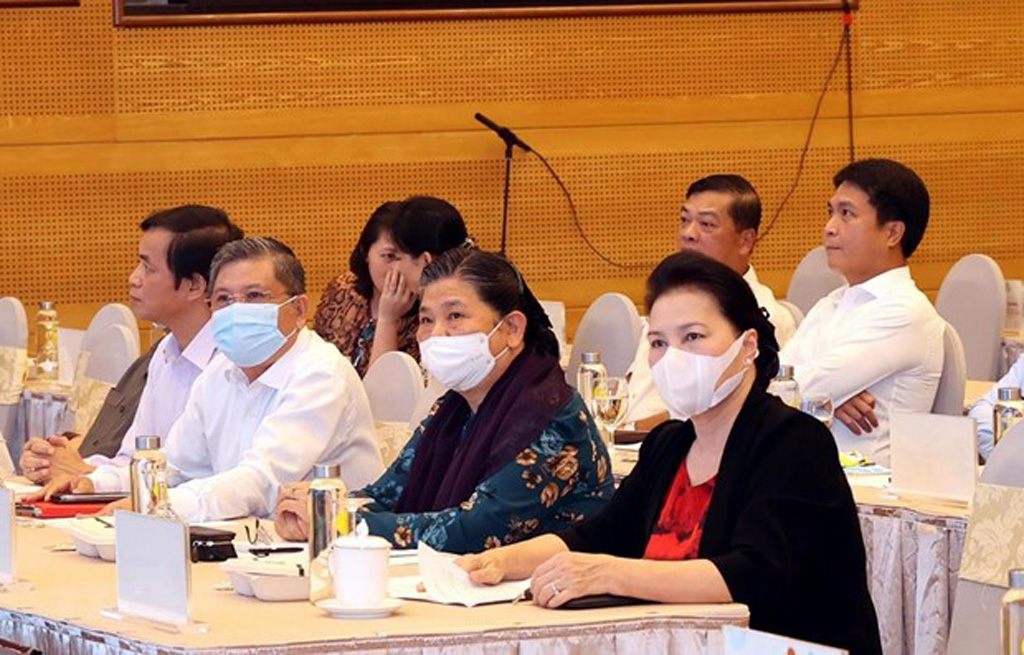 Speaking at the event, Phong, who is also deputy head of the National Steering Committee on AIPA-41 and head of the AIPA-41 organising committee, said preparations have been basically completed with all contents and agenda meeting requirements.

The Vietnamese legislature is assuming the role of AIPA Chair for the third time and will host the AIPA-41 themed "Parliamentary Diplomacy for a Cohesive and Responsive ASEAN Community" from September 8-10.

It will be the first time in history the AIPA General Assembly is held online amid the complicated developments of COVID-19, showing the Vietnamese NA's activeness and flexibility as well as its contributions to reforming the operational mode of AIPA.

The hosting of AIPA-41 and activities during the AIPA Chairmanship Year 2020 reflect the Vietnamese legislature's active, responsible and practical contributions to the AIPA as well as make important contributions to strengthening solidarity and guiding the organisation's common efforts to assist ASEAN in building its Community, including performing key tasks of overcoming adverse impacts of the pandemic, maintaining economic development, and ensuring social welfare for all citizens.

According to the organising committee, over 380 delegates will attend the AIPA-41 online via 43 locations.