A rock bed dating back to the Le Trung Hung (Restored Le) era (1533 - 1789) was recently unearthed in Xich Tho commune of Nho Quan district, the northern province of Ninh Binh. 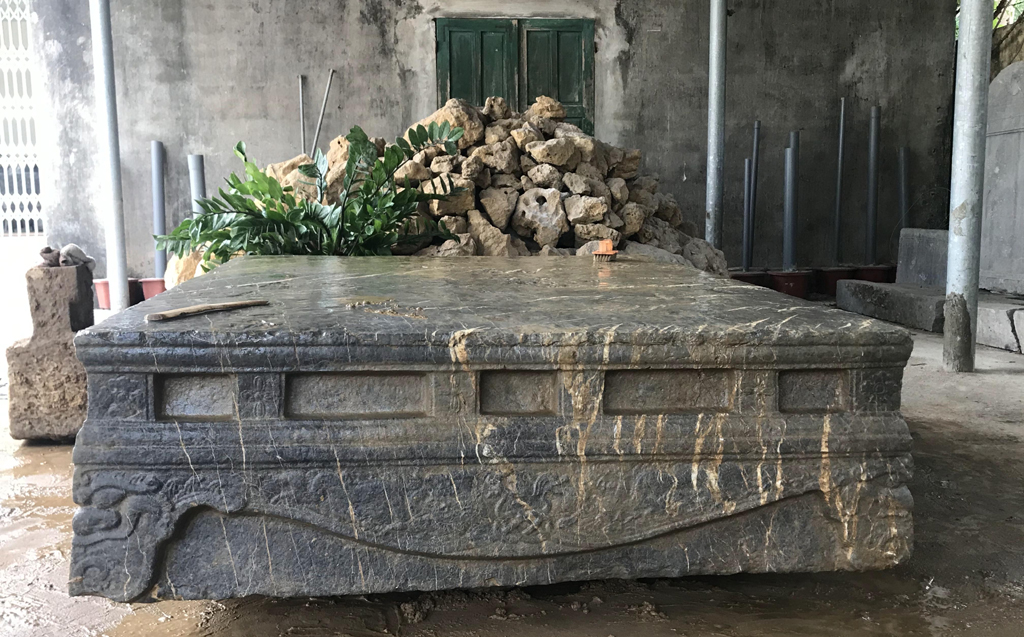 The recently found rock bed is currently preserved at the Ninh Binh Museum.

Director of the Ninh Binh Museum Nguyen Xuan Khang said on July 8 that the antique was discovered while local residents were working on their farmland.

The bed, in a rectangular parallelepiped shape, was made from a single slab, and only one of its legs was created separately.

Measuring 165cm in length, 128cm in width and 53cm in height, the item features many dragon and flower patterns typical for the decoration style during the Hau Le (Later Le) Dynasty.

Khang held that the bed was used for ritual ceremonies, and its creating and decorating styles are similar to those of the rock beds at the temples dedicated to the Dinh and Le kings in the province's Hoa Lu Ancient Capital historical and cultural relic site.