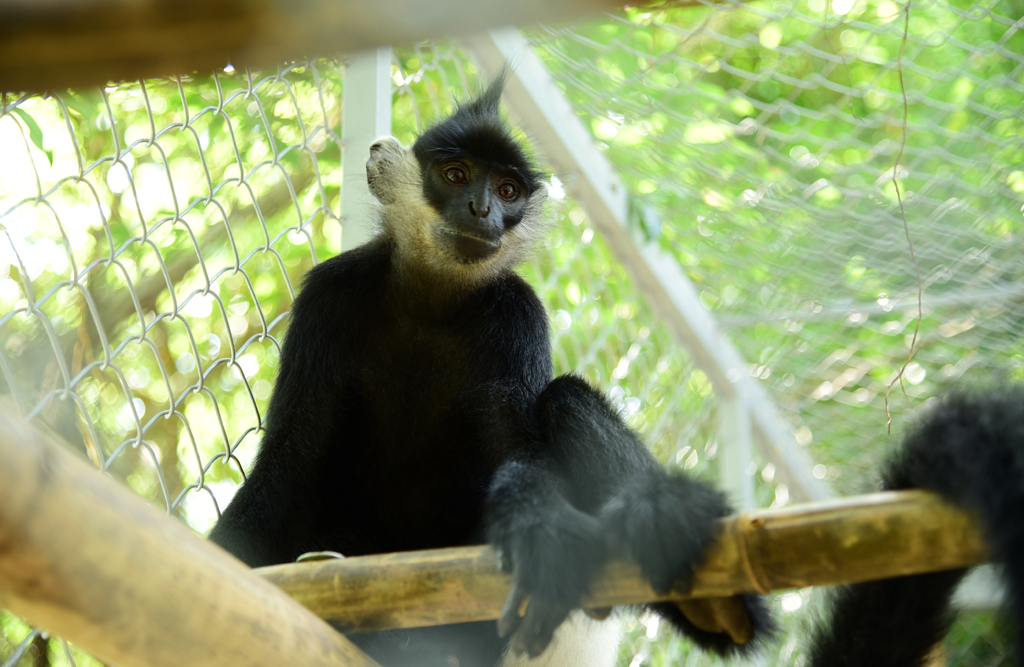 The move was the first step to realize a plan to establish a new Delcour's langur population in this region.

Delacour's langurs used to live in the Trang An region in the middle of the 90s, but they were all killed by poachers.

In the recent time, the Cuc Phuong National Park has worked with the Trang An Scenic Landscape Management Board and Four Paws Viet to explore the habitat in Trang An in a bid to revive the local Delacour's langur community.

The three Delacour's langur, including one male and two females, were transferred from the Cuc Phuong National Park's endangered primate rescue center to Trang An on August 23.

The release of the langurs back into the wild in the Trang An complex will not only help preserve the animals, but also raise public awareness of biodiversity conservation.