Vietnam's Sapa Town (in Lao Cai Province) and Ninh Binh Province have been listed among 14 up-and-coming destinations in Asia, which were announced by the US-based travel site TripstoDiscover. 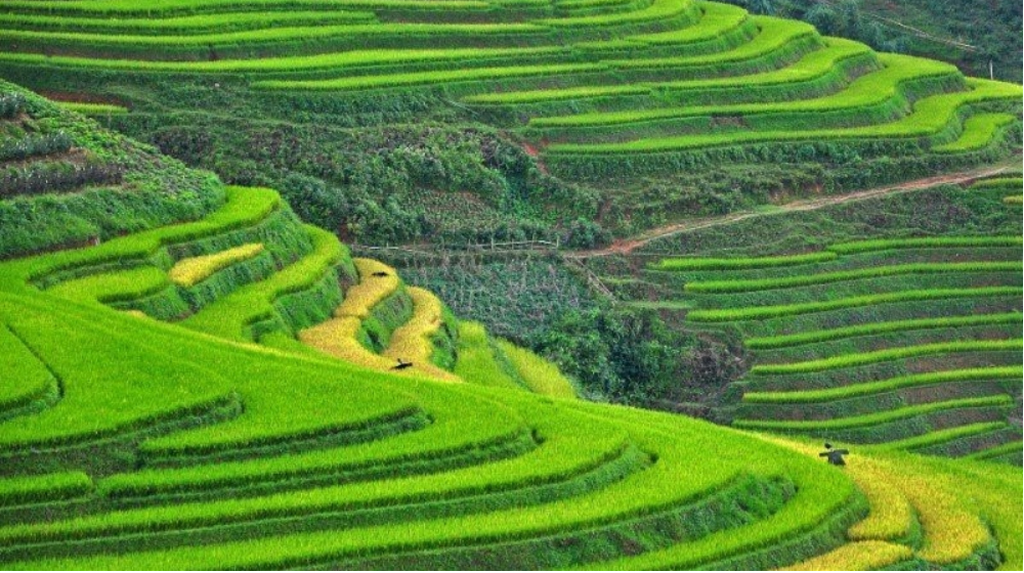 According to the site, Sapa, which is located in the far north of the country, is one of the best places to visit in Vietnam.

It is surrounded by dramatic beauty with its world-famous terraced paddy fields.

"It sits high up in the Hoang Lien Son Mountains and makes a great base for trekking or mountain biking tours with routes that will bring you past magnificent waterfalls, through rice paddies, and around charming mountain villages which are home to families known for making fantastic local handicrafts", noted the US travel site.

It also suggested that when visitors travel to the villages, they can see how the traditional weavings and carvings are made and purchase some as gifts or souvenirs.

Meanwhile, TripstoDiscover praised Ninh Binh, which is located in southeast of Hanoi, as being incredibly picturesque, yet it remains far less popular than its sister to the northeast, Ha Long Bay.

It possesses hundreds of limestone monoliths topped by vibrant greenery that rise from the ground scattered throughout the city with rivers flowing through.

The travel site suggested some activities in Ninh Binh such as visiting caves in the limestone mountains beautiful pagodas, including Bai Dinh and Bich Dong in the Trang An landscape complex.

Ninh Binh was once chosen to be the setting for the Hollywood movie "Kong: Skull Island". The film has contributed to helping Ninh Binh become a new destination for many international visitors.