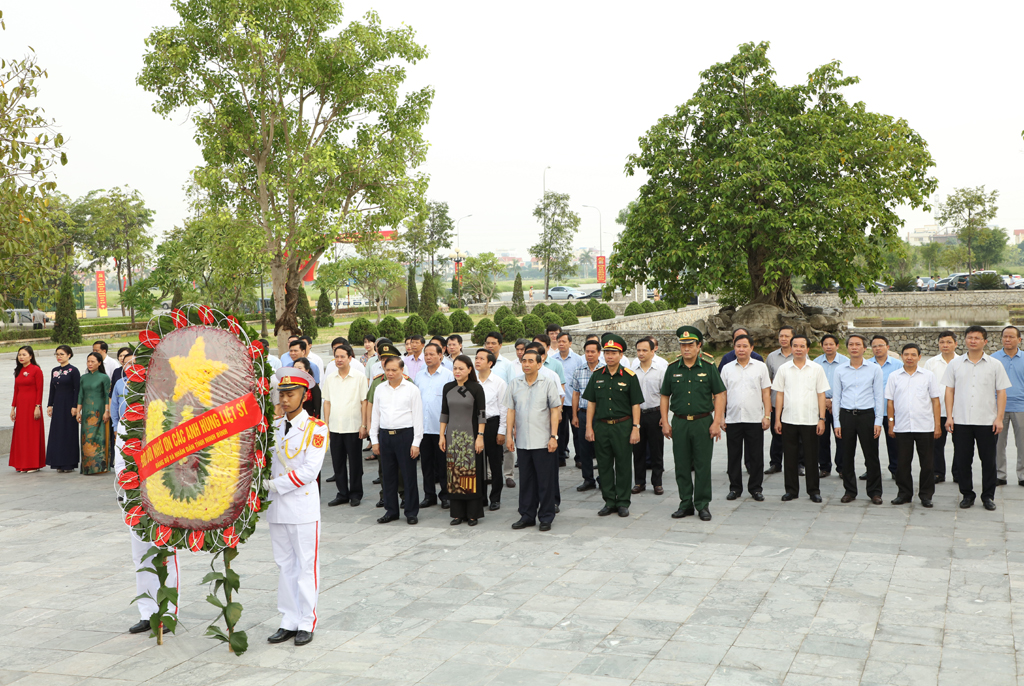 The delegates spent solemn minutes to commemorate and expressed their deep gratitude to war heroes and martyrs who sacrificed their lives for the national independence and recalled late President Tran Dai Quang, who was an Ninh Binh people, devoted all his life to Vietnam's development in the recent years.

In front of the hallowed memorial to the heroic martyrs, the leaders vowed to continue to uphold their consensus and solidarity, and do their utmost to make Ninh Binh even more civilised and prosperous in the years ahead.