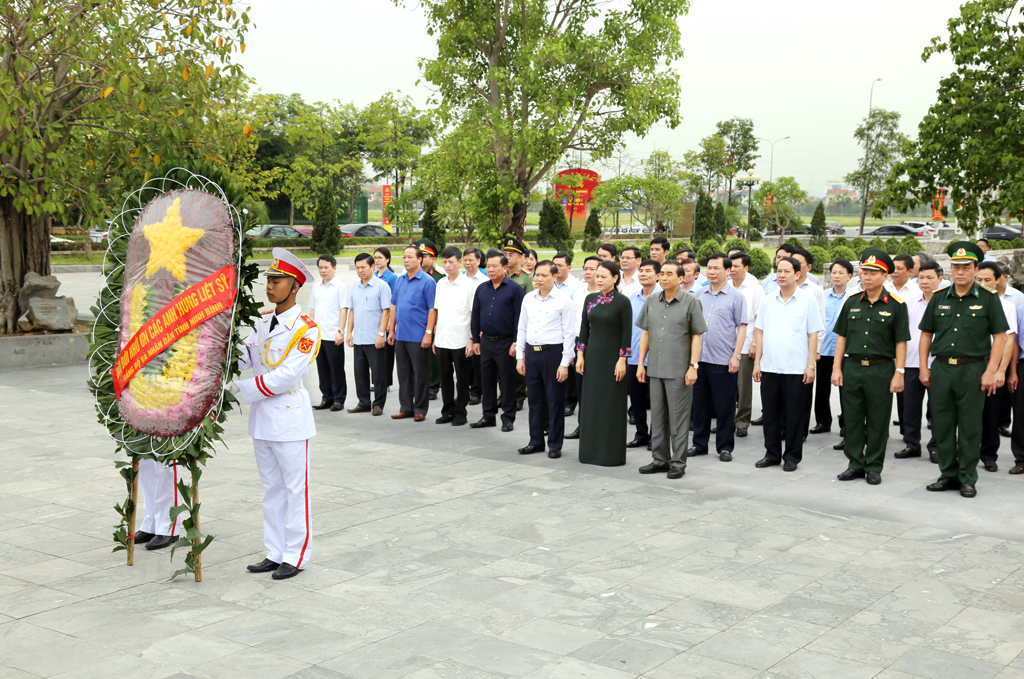 Delegates observe a minute's silence in commemoration of herotic martyrs.

The incense offering ceremony was held on the occasion of the 73rd anniversary of Vietnam's War Invalids and Fallen Soldiers' Day (July 27, 1947-2020).

At the Ninh Binh provincial Martyrs' Cemeteries, delegates observed a minute's silence showing their deep gratitude to heroic Vietnamese mothers, war heroes and fallen soldiers who laid down their lives for the cause of national liberation and for the nation's independence and freedom.